Climate control and indoor air quality according to ekinex

Contemporary life spends most of its time in buildings: at home, in the office, at school or in shopping centres. Surveys conducted at European level even show that the population of urban centres spends on average 95-97% of their time in confined spaces; 2.4% in transport and only 1% in outdoor areas. While the authorities' focus is on outdoor air quality, especially in urban areas and areas of higher traffic concentration, prolonged exposure to poor quality indoor air can become a serious problem. This is even more true for buildings constructed in recent times: since its first version in 2002, the Directive on the Energy Performance of Buildings (EPBD) has imposed high construction standards, such as external insulation or high performance windows and doors. This has led to a major improvement in the envelope and a marked increase in energy efficiency, but the consequence has also been to make the buildings substantially impermeable to the infiltration of external air and, therefore, to the natural renewal of the internal air. In addition, in a very well insulated building, relative humidity can increase a lot due to people's breathing and perspiration, the presence of plants and animals and daily activities, such as cooking, house cleaning or the use of bathrooms and showers. Thus, almost without realising it, people in buildings are exposed to various pollutants that can be chemicals, gases or even living organisms such as moulds and parasites. The effects are very different: you can range from a simple discomfort to headache or general fatigue; this can lead to further issues such as bad eyes, burning nose and throat. In the long run, however, there may be serious consequences such as allergies, respiratory diseases (typically asthma) and other even more serious diseases. It is also significant that the most recent revision of the EPBD (2018/844/EU) has returned to the subject of air quality in several places, recognizing its importance.

CO2 concentration as a proxy for air quality.

Humans produce and emit carbon dioxide (CO2) through respiration; in indoor environments, the concentration of CO2 therefore tends to rise rapidly above the external one. Although, strictly speaking, CO2 is a climate-altering and non-polluting gas, its concentration is commonly used as an approximate indicator of the need for ventilation to restore acceptable air quality in an indoor environment. As a reference, the typical outdoor CO2 concentration is around 400 p.p.m. (up to 500 p.p.m. in urban areas), while in indoor environments it starts from values similar to outdoor ones, but can also reach several thousand parts per million. Thanks to the availability of very low-cost sensors, mechanical ventilation based on CO2 concentration measurement has become a widespread practice in a wide range of buildings.

Understanding the problem of indoor air quality (also known by the acronym IAQ or Indoor Air Quality) and setting up its control through modern home automation systems is now possible. This improves the quality of time spent in the home and reduces health risks for the whole family. ekinex has purposely developed the EK-ET2-TP multi-sensor for this home automation application. This standard KNX device is a concentrate of home automation functions: by measuring temperature (in °C), relative humidity (in %) and CO2 equivalent concentration (in p.p.m.), the integrated controller allows to control the thermohygrometric conditions and the air quality and to ensure the highest comfort conditions in the room. All functions and parameters are set with the ETS software.

The execution of the device.

It is an extremely compact device to be installed on a round or square flush-mounted box and completed with a front cover and a finishing plate of your choice in plastic, brushed aluminium or Fenix NTM®. Connection to the KNX bus is sufficient and no auxiliary power supply is required. The front LEDs can be configured to indicate the concentration level detected for CO2 equivalent, the active function for relative humidity control (humidification or de-humidification) and the active conduction mode for the heating system (heating or cooling). On the front cover there are some explicative symbols of the LEDs.

One device for several controls.

The device offers the possibility to control the room temperature in 2 points way (ON/OFF) or proportional (PWM or continuous) with two modes of operation of the system (heating and cooling) and four operating modes (comfort, standby, economy and building protection), common for the ekinex KNX thermostats. The switching of the conduction mode and the operating modes is always done via bus. The switching of the operating mode can also take place automatically, when the bus signals the presence/absence of a person in the room or the opening/closing of a window. If necessary, a weighted average between the temperature value measured by the integrated temperature sensor and a temperature value received via the bus from another KNX device, such as an ekinex pushbutton, can be used for climate control. For relative humidity and CO2, the device performs a threshold control (in % and p.p.m. respectively). Since the device also measures relative humidity, it can calculate the dew temperature and send the value to the bus. This value is fundamental to avoid surface condensation when using radiant panel systems on the floor or ceiling for cooling.

The most recent revision of the EPBD (amending Directive 2010/31/EU on the energy performance of buildings and Directive 2012/27/EU on energy efficiency) explicitly refers to the problem of thermo-hygrometric conditions in indoor environments: ”[...] particular care should be taken to prevent the temperature of any indoor surface of the building from falling below the dew temperature.

Thanks to the integrated logic functions, the EK-ET2-TP multisensor also allows to build a strategy for the use of room ventilation according to the actual needs, in order to guarantee at the same time good quality indoor air and contain the electrical consumptions related to the functioning of the ventilating units. These principles are the basis of DCV (Demand-Controlled Ventilation) control. The general consensus is given, for example, by an ekinex timer that defines the time slots in which the appliance for mechanical ventilation can be in operation. This does not mean that the appliance is automatically started up: its functioning depends on the occurrence of one or more conditions that are detected by the ekinex multisensor or other appliances of the home automation system, such as an ekinex presence sensor.

One of the main sources of indoor pollution are volatile organic compounds (abbreviated as COVs or VOCs by the English Volatile Organic Compound) which are gases emitted by solid or liquid substances. VOCs include a wide variety of chemicals, some of which can have negative health effects in the short and long term. Some VOCs are present directly in nature, others are emitted by human activities (transport, industrial processes, products containing solvents, fuel evaporation, waste disposal, agriculture, etc.). The concentrations of many VOCs are consistently higher inside buildings (up to ten times higher) than outside. VOCs are emitted from a wide range of products with thousands of numbers. Legislative Decree 152 of 2006 (art. 268) defines VOCs as ”any organic compound having, at a temperature of 293.15 K (20 °C), a vapour pressure of 0.01 kPa (kilopascal) or more, or having a corresponding volatility, under particular conditions of use”. 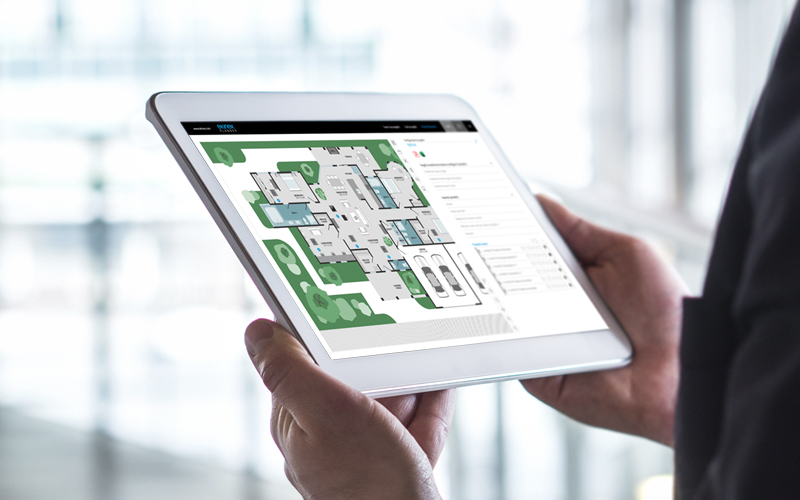 In a few simple steps you can configure an Ekinex device according to your needs, upload your project and decide to send a request for a quote. 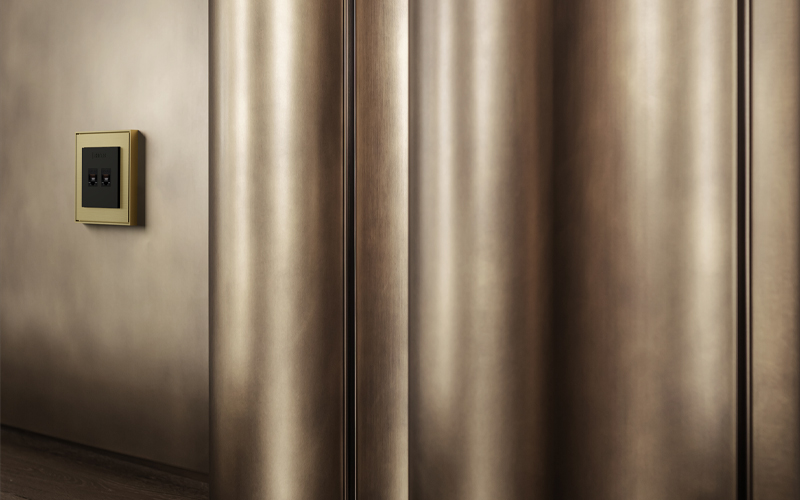 Keystone modules are compatible with the Ekinex civil series and offer the possibility of numerous customisations to meet the most diverse requirements. 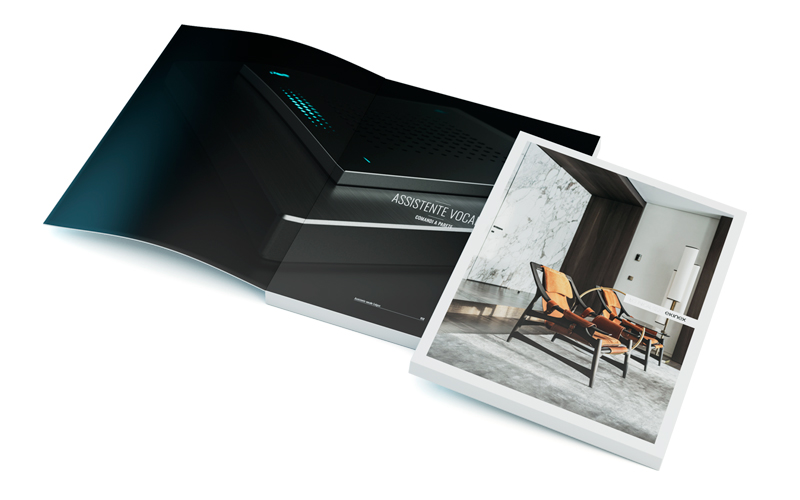 An extensive and detailed document with all the technical information of Ekinex solutions and products for home & building automation. 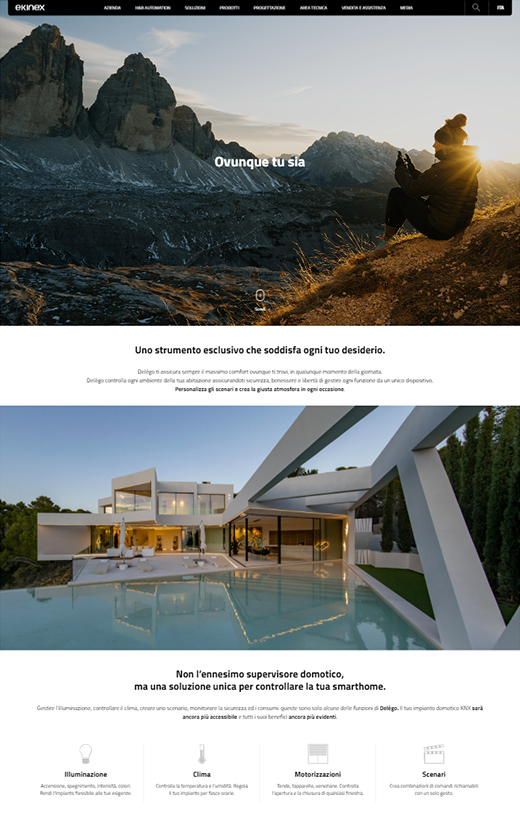 close
This website or its third party tools use cookies, which are necessary to its functioning and required to achieve the purposes illustrated in the cookie policy. If you want to know more or withdraw your consent to all or some of the cookies, please refer to the cookie policy. By closing this banner, scrolling this page, clicking a link or continuing to browse otherwise, you agree to the use of cookies.