Where once stood a restaurant known by locals and tourists, where you could admire a beautiful view of Lake Orta, now stands the center Mandali, which means "center of the world", a place of spirituality inspired by oriental disciplines. Built by the cusian architects Giancarlo and Matteo Primatesta, the center has the appearance of a village where there are apartments for guests, a spa with swimming pool overlooking the lake, a temple for meditation and a restaurant with vegan cuisine. Local and sustainable materials were used to build the structure and, wherever possible, energy is produced by solar power and natural wood-fired is used for heating. The ekinex products and devices were used to activate and control lighting scenarios in the Restaurant and Temple, as well as for the management of automated blinds.

Particular attention has been paid by the client to the aesthetic in order to create harmony between the environment and the pushbuttons and energy withdrawal points. The control points are essential in the design, like the environment itself, but with advanced functions, to give the user the possibility of define different lighting scenarios depending on the event as for the restaurant, and depending on the meditation, as for the Temple. Games and light atmospheres have also been obtained in the SPA pool's ambience. The designer and the client have seen in the international system KNX for home & building automation, the solution that among its merits for the modularity and a very low obsolescence over time.

Ekinex products have been chosen for their aesthetic and technical features. The ekinex® pushbutton Series FF EK-ED2-TP, appreciated for both its functions and above all for its aesthetic design, is a KNX device for on/off control of appliances, dimming of lighting, control of motorised drives or other programmable control functions; it has an integrated temperature probe and the possibility of being used as a thermostat. The control of lights, sockets and curtains, in the Restaurant, in the SPA and in the Temple, is carried out by means of the EK-FF1-TP module: it is a KNX modular device for panel mounting, capable of controlling single or group of electrical utilities and controlling motorised drives. The management of the lights also requires a control for the definition of scenarios from the end-users. This required the use of some devices for dimming LEDs. For example, ekinex EK-GA1-TP modular dimmers were used to control 230 Volt LEDs, while EK-GC1-TP and EK-GF1-TP modular dimmers were used for RGBW LEDs. In the common areas, corridors and changing rooms, ekinex EK-DB2-TP presence sensors have also been used to limit consumption when no staff or guests are present in the area.

An important part of the application is, finally, the management of scenarios. Through the push-button commands by keeping pressed the pre-configured keys, scenarios can be saved and recalled, which can activate and adjust the luminaires to the desired intensities, close or open the curtains for meditation, and which make the lighting atmosphere in the SPA special, for a unique experience. And when all the guests have gone to rest, just press a button for 2 sec. ... and it activates the scenario that turns off all the lights. 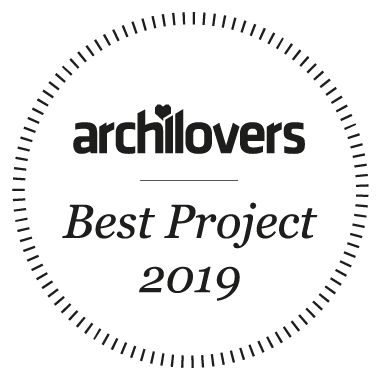 Industrial Expert and KNX tutor, has also a passion for singing and acoustic guitars. During his working experience, he has dealt with situations and problems regarding the integration of automation systems. 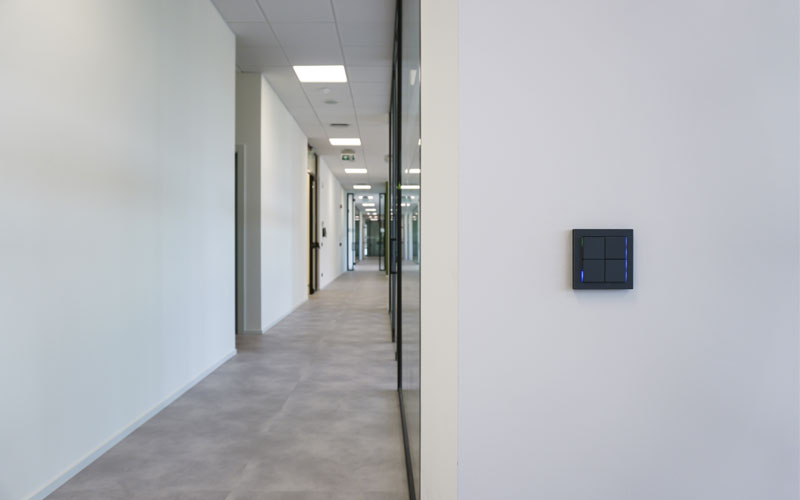 Inside Vimercate's ”Energy Park” Technology Park, a modern business park consisting of various buildings used as headquarters for Italian and multinational companies, is the Italian branch of Murrelektronik 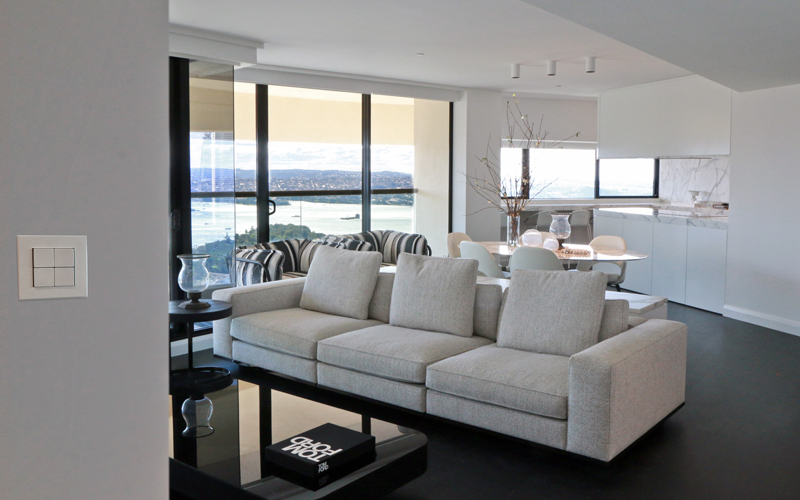 CASE HISTORIES
A smarthome with an amazing view on Sydney skyline

The Horizon Apartments, built between 1990 and 1998 on a project by the Austro-Australian architect Harry Seidler, is one of Sydney's historic residential skyscrapers overlooking the Pacific Ocean, the Opera House and the Harbor Bridge. Inside a modern residential district of the charming St. Petersburg, a cosy and elegant flat has been realized with a home automation system entirely realized with Ekinex solutions. 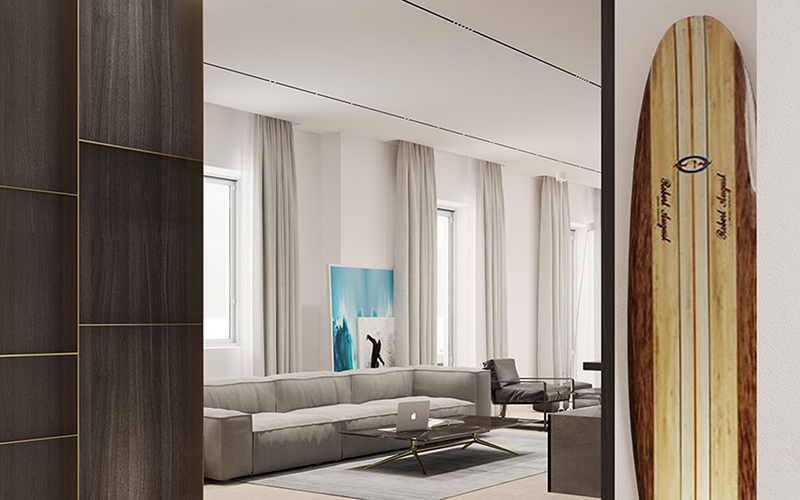 A fluid and dynamic interior designed to have plenty of free space, a great view and hi-tech systems that make life easier. Everything perfectly balanced and harmonized to live everyday life in a comfortable beauty.