What is a pushbutton interface and what functions is it able to accomplish?

In a home automation plant, commands are often realized with pushbutton interfaces, commonly referred to as “spiders”, which are connected to traditional rockers. A pushbutton interface can command all kinds of loads. It can be used tomonitor the status of a switch (through a contact indicating that the switch has tripped).

What is the function of a 8-channel binary input?

Each input is equipped with a corresponding button for manual operation. During manual operation it is possible to simulate the inputs’ status, so that during commissioning is not necessary to connect pushbuttons, switches, etc. The functions are the same of the pushbutton interface. For further information click here 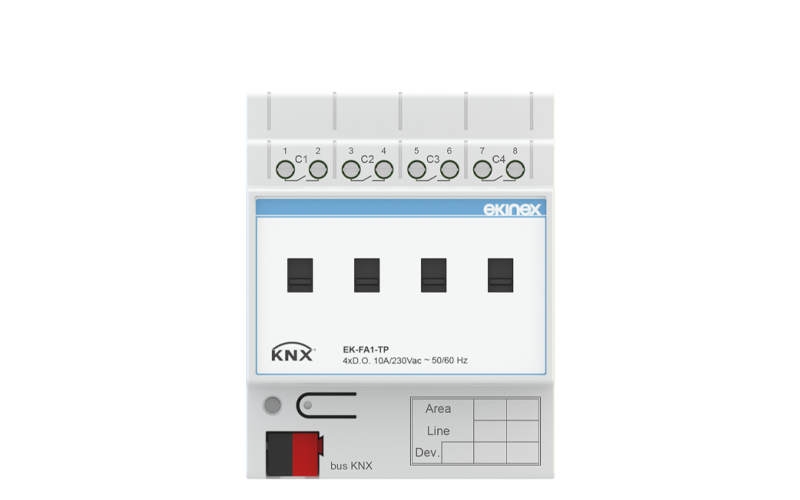 Actuators are devices that produce a physical action on the controlled system by executing a command received from a control device. 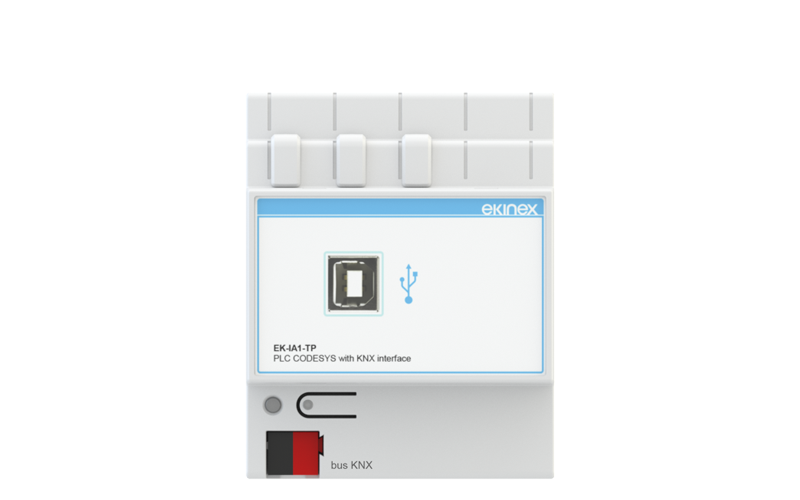 The CODESYS PLC executes a program and elaborates the digital and analog signals coming from sensors and meant for the actuators installed in a KNX plant. 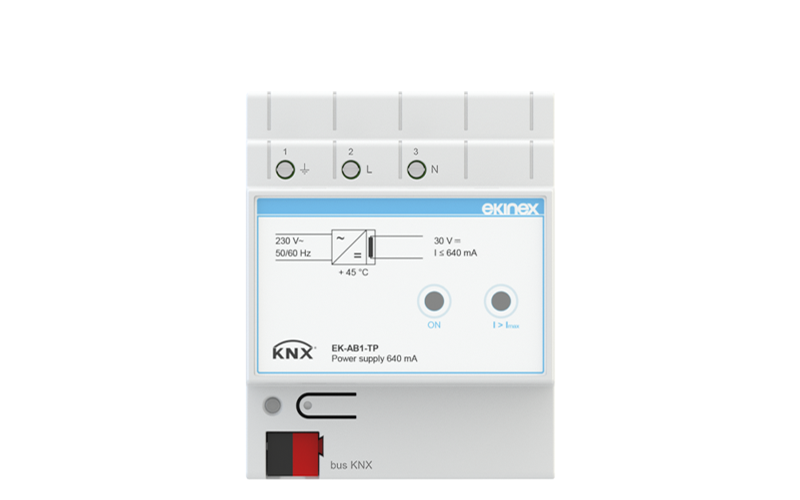 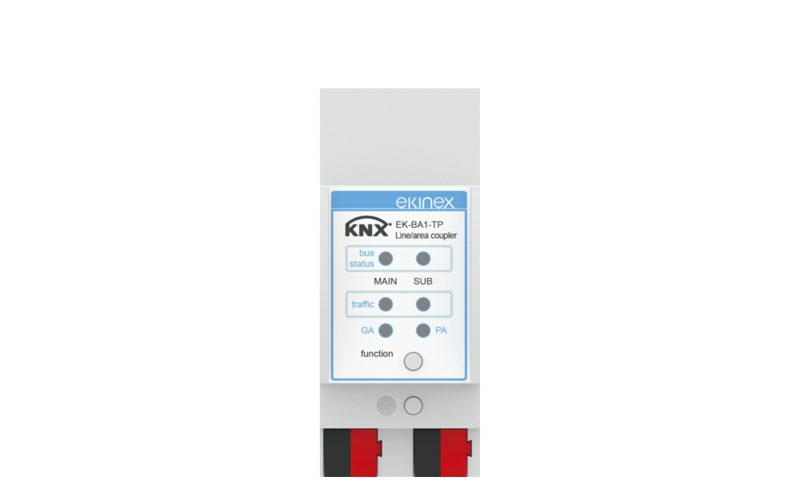 Ekinex proposes system equipment to be able are used to build an efficient communication infrastructure and allow the system integration in different environments. 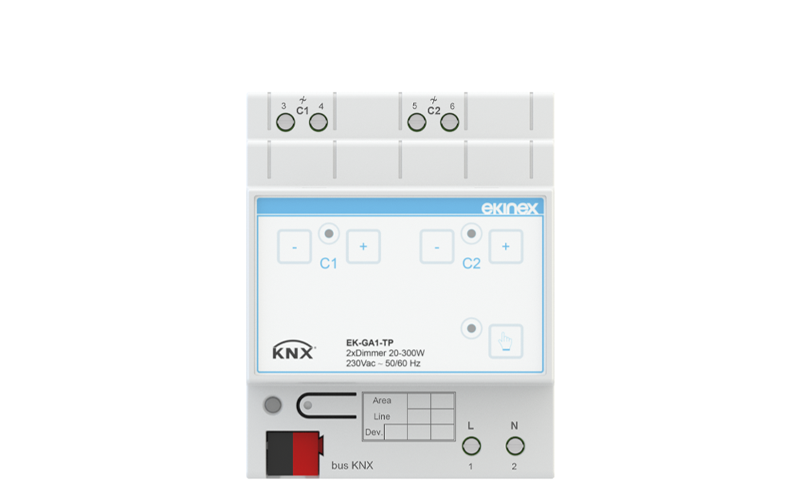 The Ekinex® actuator / dimmer is an S-mode modular KNX device for panel mounting, able to command and regulate the brightness of lighting devices. 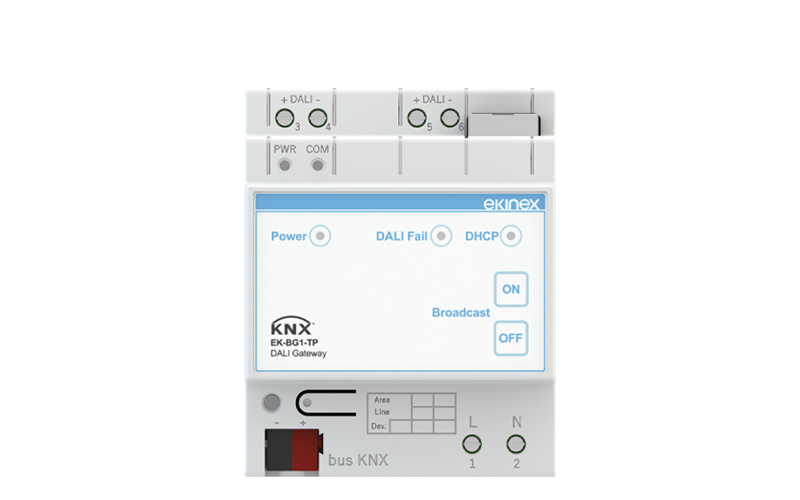 The ekinex® gateways are modular devices for mounting a framework. It used to exchange information with one or more slave devices, or with a master device communicate over a RS485 differential serial or Ethernet network. 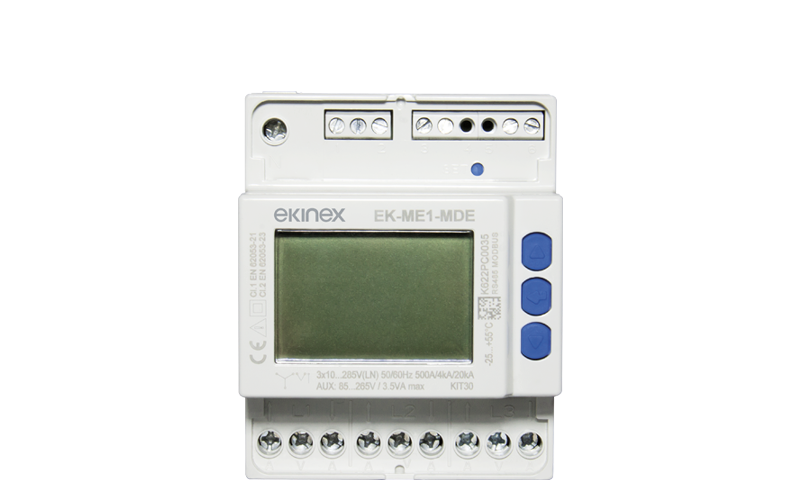 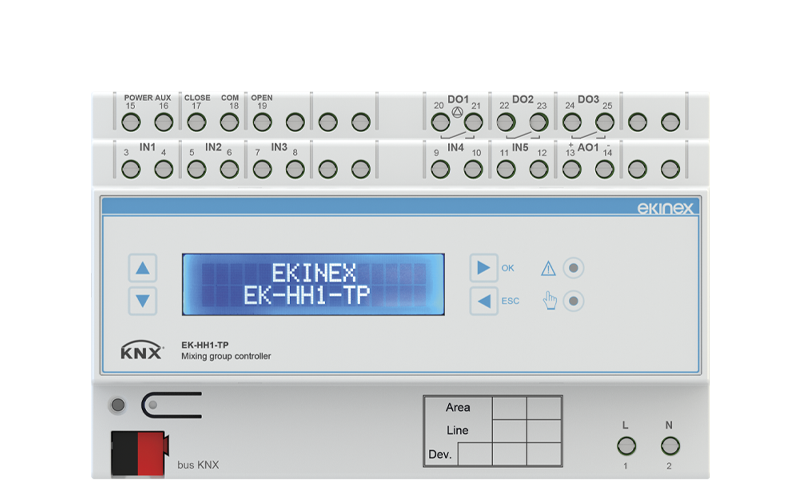 The Ekinex® products for temperature control are grouped in fancoil, electrothermal actuator and mixing group controllers.